4SIXTEEN Theatre Company – Castle Newnham School’s in-house theatre company launched in January 2017 has been awarded the prestigious BEST YOUTH PRODUCTION award for The Lion King by the National Operatic and Dramatic Association in 2016. We are pleased and very proud to announce that our first federation 4SIXTEEN Theatre Company production of The Railway Children, which took place in the Summer Term 2017 with a cast from pupils in years 3-8, has been nominated for the same award at the upcoming 2017 ceremony. To read all reviews of the school’s productions including this year’s productions of Midsummer Night’s Dream and Singin’ in the Rain, please click here to be taken to the NODA website.

The theatre company incorporates both primary and secondary pupils of the school. Each year 4SIXTEEN produces an annual theatrical production, as well as other smaller performances and concerts. Our 2020 Secondary production will be ‘The Addams Family’. Auditions for secondary pupils will take place early September 2019, with performances taking place in February 2020 in the new studio theatre in the performing arts hub.

Click here to be taken to our online booking system 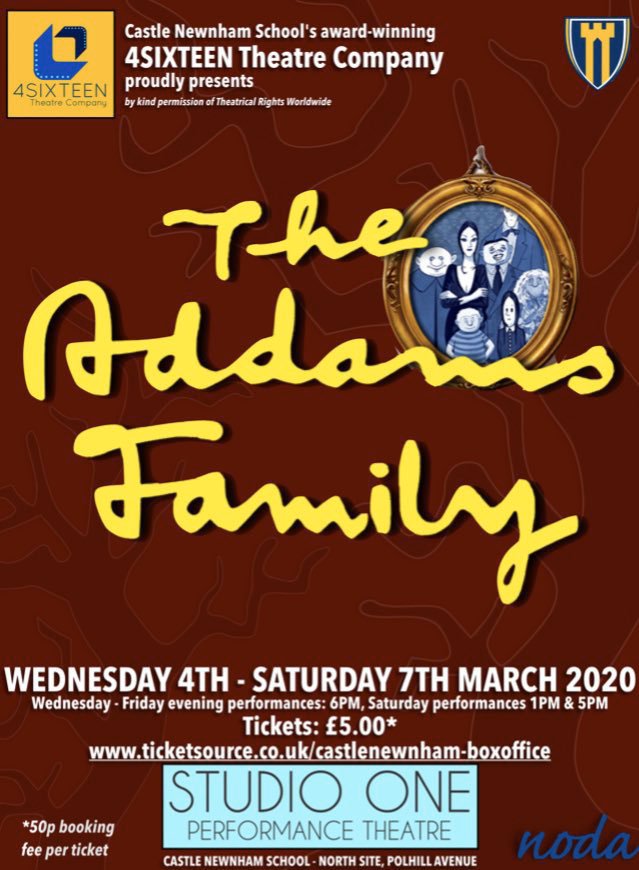 Please click here to be taken to the 4SIXTEEN Gallery